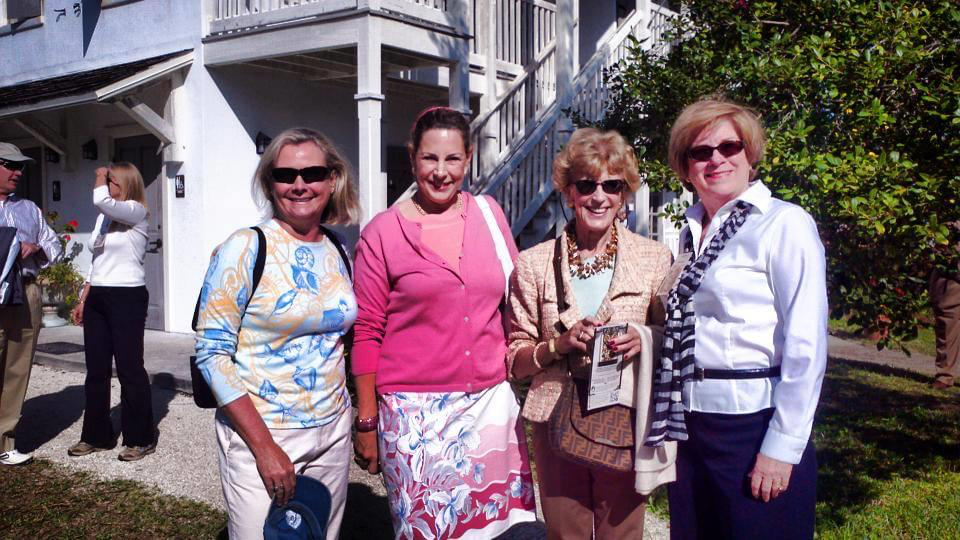 The National Society of Colonial Dames of

America in the State of Florida

The National Society of the Colonial Dames of America in the State of Florida (NSCDA-FL or “Florida Society”) was organized in 1898 by a group of Floridian women who saw that if they didn’t become involved in the preservation of Florida’s history, there would soon be no history left to preserve.

The NSCDA-FL is the Florida chapter of the National Society of the Colonial Dames of America, which was founded in 1891. This nationwide organization “actively promotes our national heritage through historic preservation, patriotic service, and educational projects.” The NSCDA and NSCDA-FL are lineage societies — meaning candidates must be descended from leaders of colonial America in order to become members.

From Mount Vernon and the Alamo to the Dumbarton and Ximenez-Fatio Houses, women’s organizations like ours have taken up the mantle of preserving historic structures all over our country. Without remembrance of the past, how could we build a brighter future?

From 1898 to 1938, the NSCDA-FL searched for a home that needed their help—and where better to search than Saint Augustine, Florida, the ‘Ancient City’?

As World War II waged overseas and the Great Depression ravaged the homefront, the Florida Society found what they were looking for: the Ximenez-Fatio House in St. Augustine. Situated on the oldest paved street in America, this two-and-a-half-story home was bought in the midst of these historic conflicts, and the dames got to working immediately.

The “Fatio House” or “XF House” was built in 1798 and has undergone many changes over the course of its existence (223 years in 2021). But no evolution was greater than those undertaken by the NSCDA-FL in those early years — imagine the elbow grease! Indeed, it wasn’t until 1940 that the dames of Florida unveiled this historic home museum to the public.

From fundraising events and naturalization ceremonies to maintenance projects and historical reenactments, the site of the Ximenez-Fatio House continues to be a place where the Florida Society fulfills its mission of historic preservation, education, and patriotic service. Their efforts foster a sense of appreciation and respect for this historic house, which has become a hub of community engagement, as well.