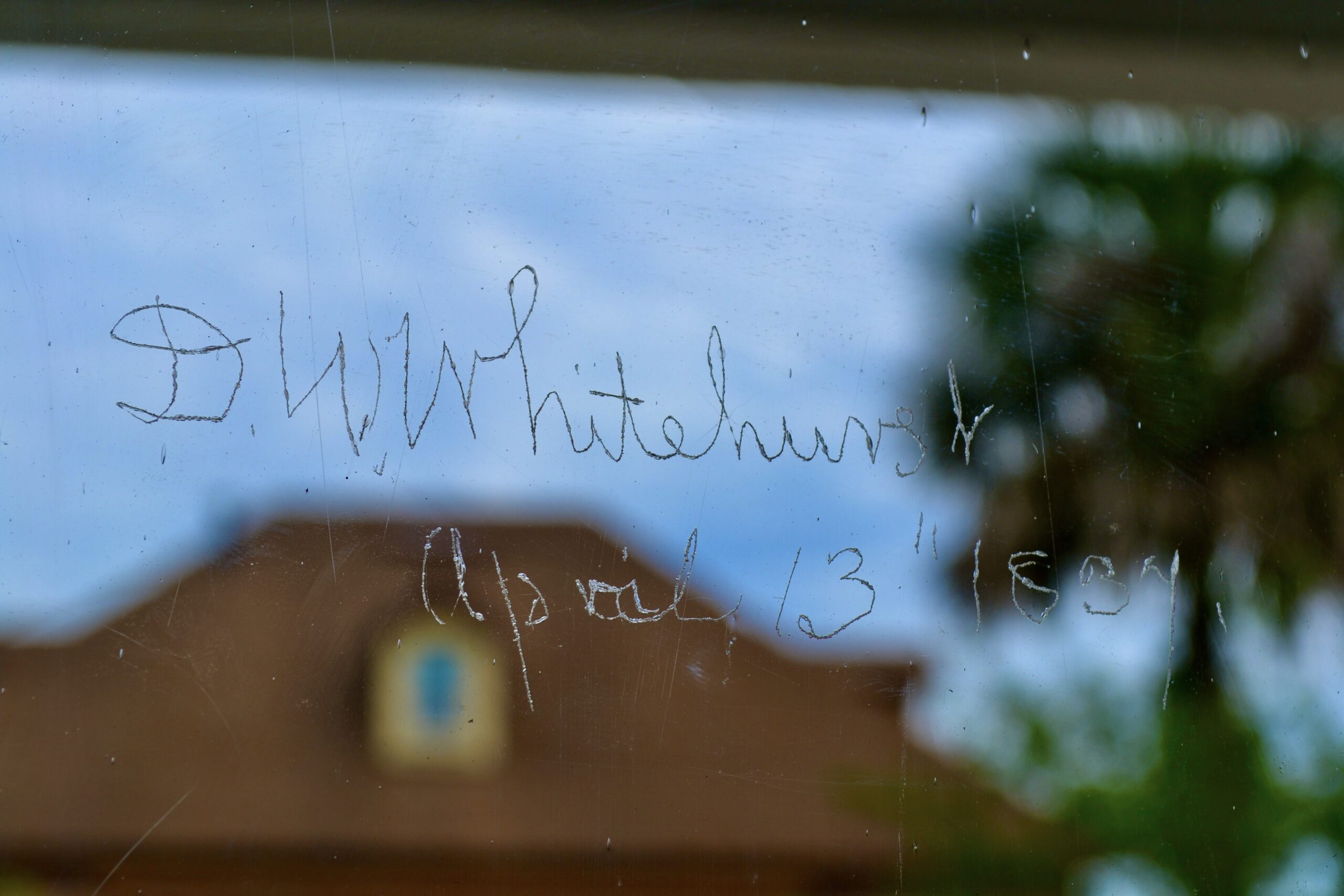 In 1798, Don Andres Ximenez built this fine three-story house made of coquina for he and his bride, Juana Pellicer Ximenez. Juana’s father, Francisco Pellicer led the Menorcan exodus of 1777 out of New Smyrna, from their illegal bondage by Dr. Andrew Turnbull. Pellicer brought approximately 600 people to St. Augustine at the invitation of British governor Colonel Patrick Tonyn. Francisco Pellicer was also a master carpenter and may well have been involved in the construction of this home. Ximenez included a grocery store with a storage room and spacefor a billiard hall and small tavern area on the first floor, private family bedrooms and a living area on the second floor, and servants/enslaved persons and storage area on the third floor. There were also two large warehouses on the property along with a detached kitchen and washroom.

Juana Ximenez died in 1802, at the age of 26 from yellow fever followed by two of their five children the following year perishing from the same disease. Andres followed in 1806 at the age of 53. As the children were minors, the home was maintained by the Pellicer family until 1830, when Mrs. Margaret Cook fully purchased the property.

Mrs. Cook converted the home into a boarding house by turning the tavern into a lobby, the billiard hall into a fine dining room, and the two warehouses into four guest rooms. Mrs. Cook hired Eliza Whitehurst, a widow who was also likely her sister, to manage her new boarding house. In June 1838, Mrs. Whitehurst died and the business once again changed hands.

In July, Sarah Petty Anderson, also a widow, purchased the boarding house from Mrs. Cook and managed it for over a decade. In 1852, Louisa Fatio became the manager of Miss Anderson’s boarding house.

In 1855, Miss Anderson sold the property to Louisa and moved to Tallahassee. Miss Fatio owned the property and kept it afloat during times of economic uncertainty, secession from the Union, re-occupation by Union troops in 1862, and Reconstruction. She died in 1875, having maintained the integrity, reputation, and prominence of this boarding house for almost 25 years. During this time she remained unmarried and had no direct heirs.

The house spent the next several decades as an artists’ retreat, various retail establishments, and low-cost housing until it fell into disrepair by the 1930s.

In 1939, The National Society of the Colonial Dames of America in the State of Florida purchased the property, and began the decades long process of meticulously restoring and furnishing the home with the intent of making it a historic house museum for the next generations to enjoy by learning about and exploring the vast history of St. Augustine, early Florida tourism, and a rotating variety of topics. As it was for the almost 50 years it operated as a boarding house, the home today is still owned and operated by (mostly!) women.