Is the Ximenez-Fatio House Museum

a Part of Your Holiday Traditions?

Cooler fall breezes have at long last reached much of Florida and as we start to pull on our sweaters and gather with family and friends to celebrate the coming holiday season, we hope you will give thanks to the Ximenez-Fatio House Museum as part of your end of year traditions. The Jessie Ball duPont Fund Digital Fundraising Campaign, BRIDGE, has generously offered to match any donation given to the Ximenez-Fatio House Museum up to $25,000.00 through December 31, 2021. Your donation will allow our Historic House Museum to begin the process of much needed restoration and preservation of the interior Coquina walls in our Guest Parlor on the main floor and repairs to our circa 1798 exterior Tabby floors.

What’s even more exciting? With your $100.00 donation (matched for $200.00), the Ximenez-Fatio House Museum will renew or start your BFF Membership! Your BFF Membership allows you access to a network of some of the finest museums around the nation at reduced or no cost through our memberships with the North American Reciprocal Museum Association (NARM) and The Reciprocal Organization of Associated Museums (ROAM). Some of the world class museums which are a part of these associations are: The Dali Museum, The Cummer Museum of Art and Gardens, The Bass Museum of Art, and, of course, our very own Ximenez-Fatio House Museum. 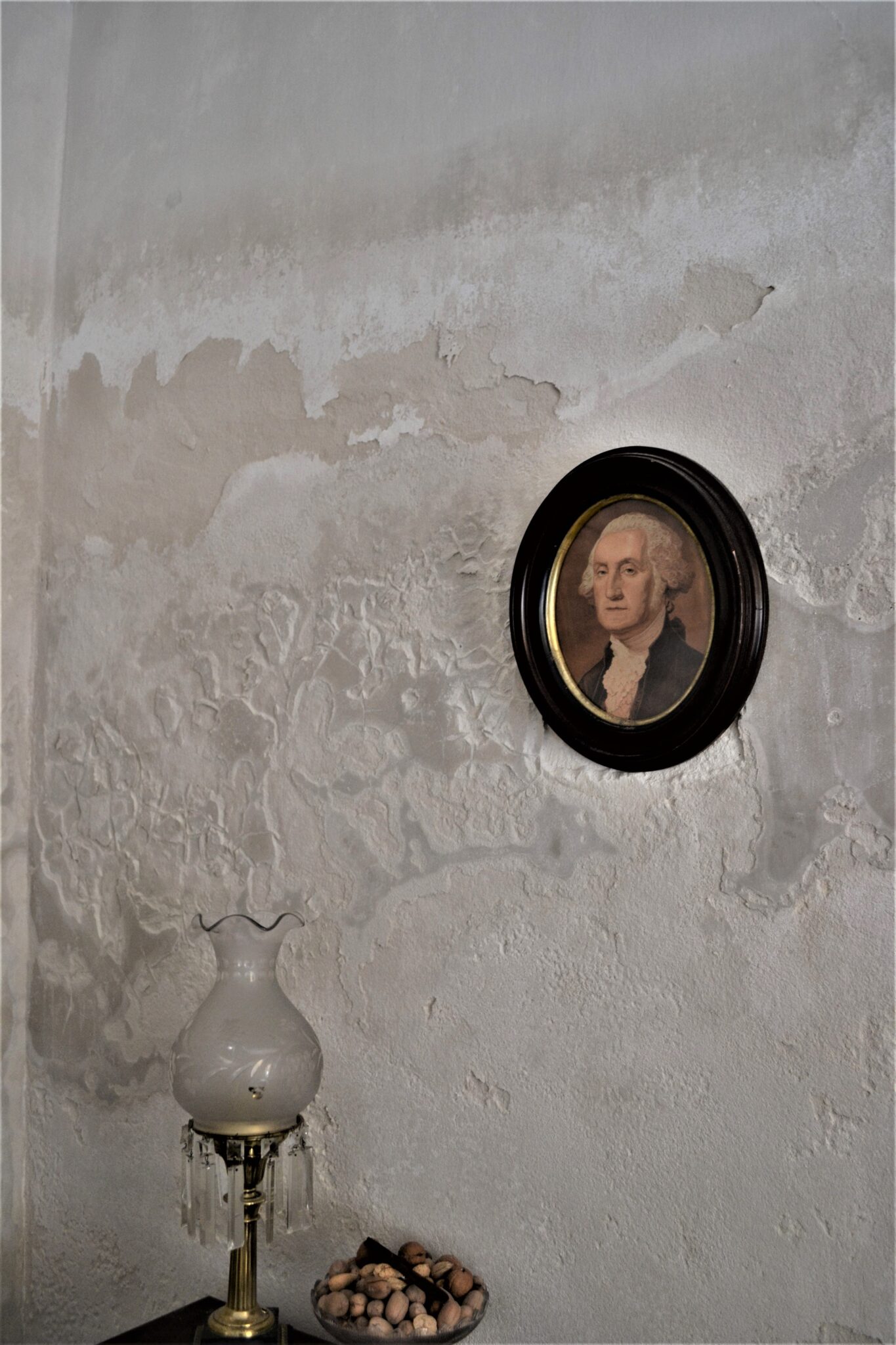 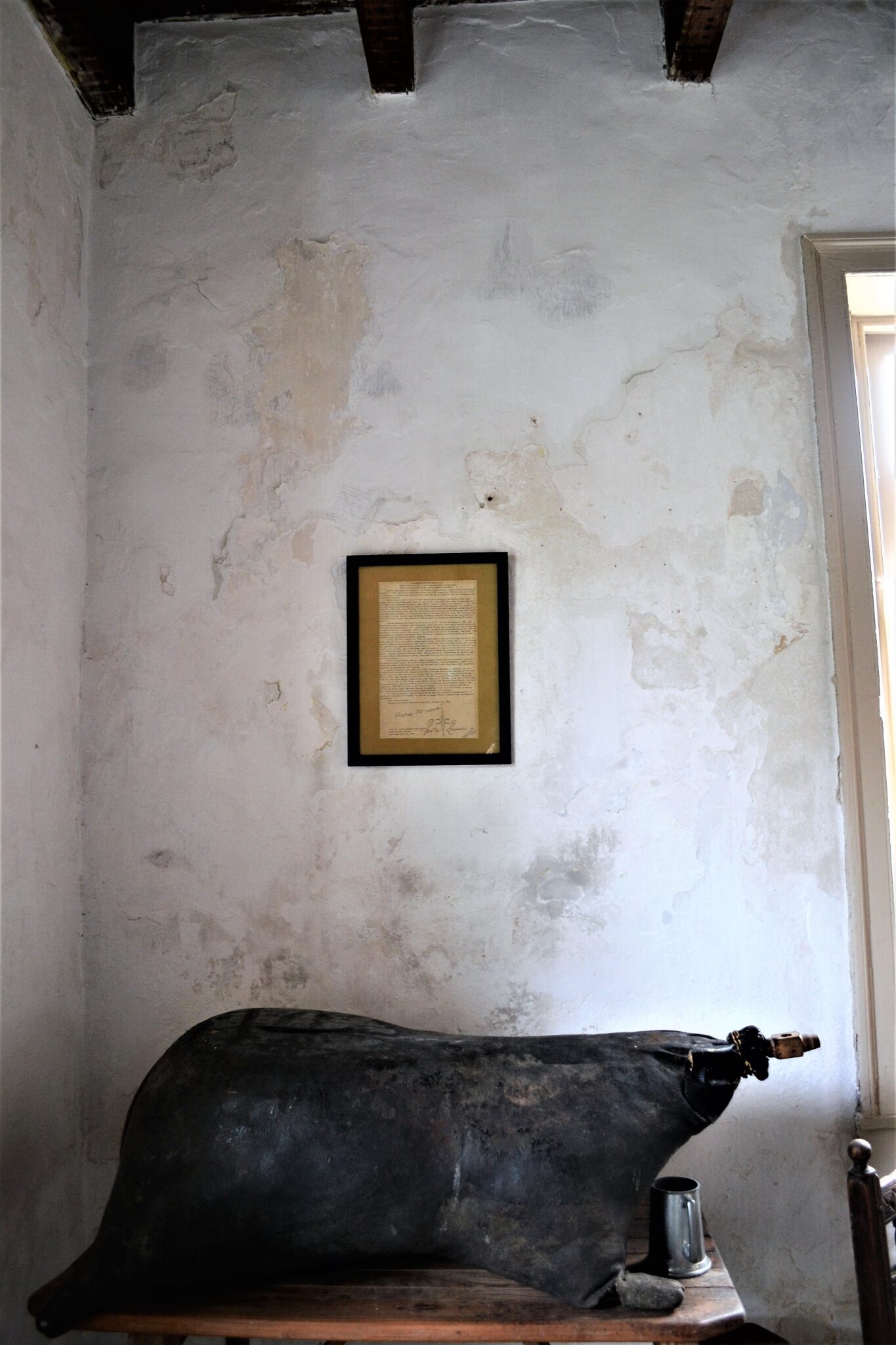 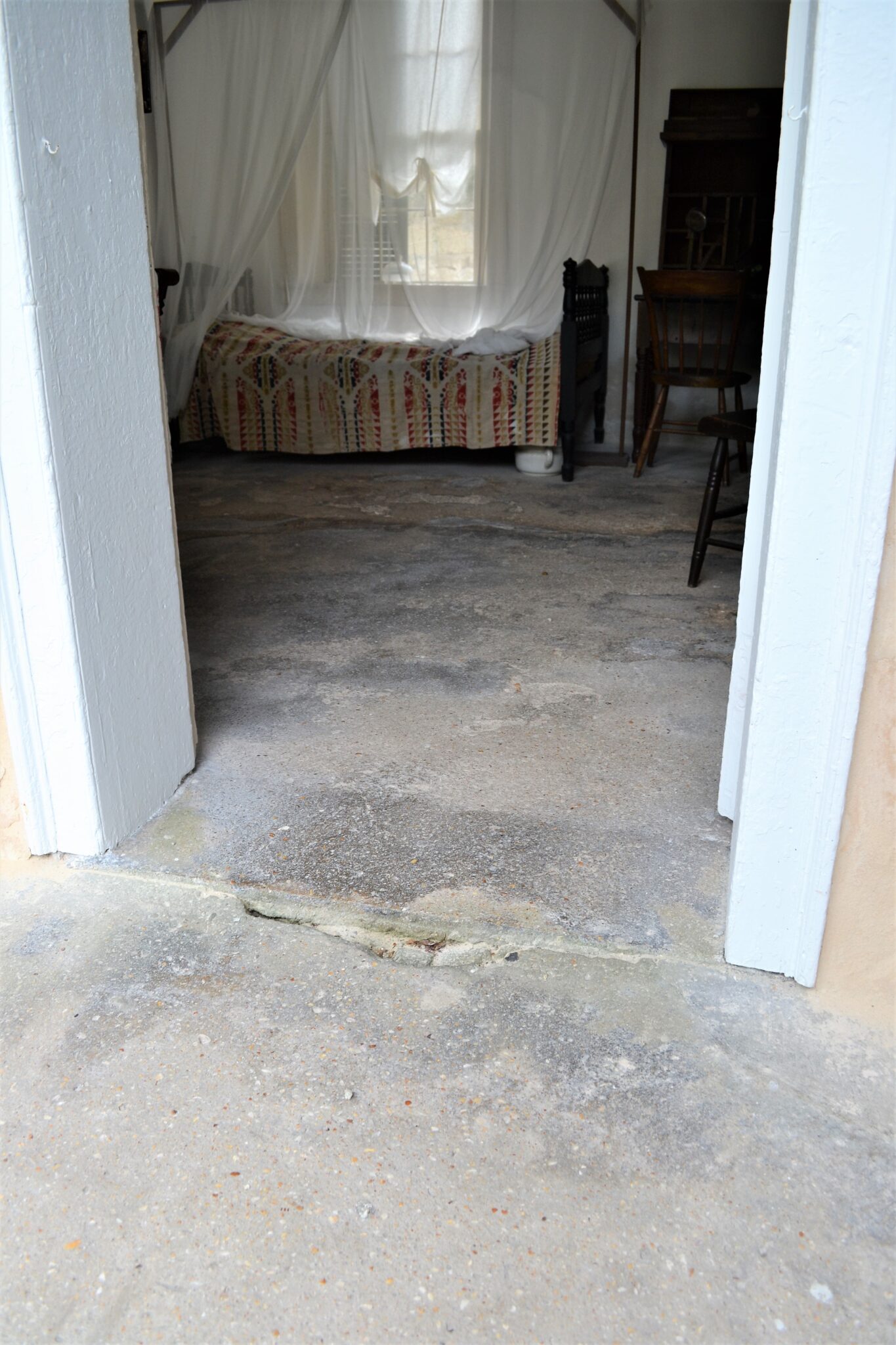 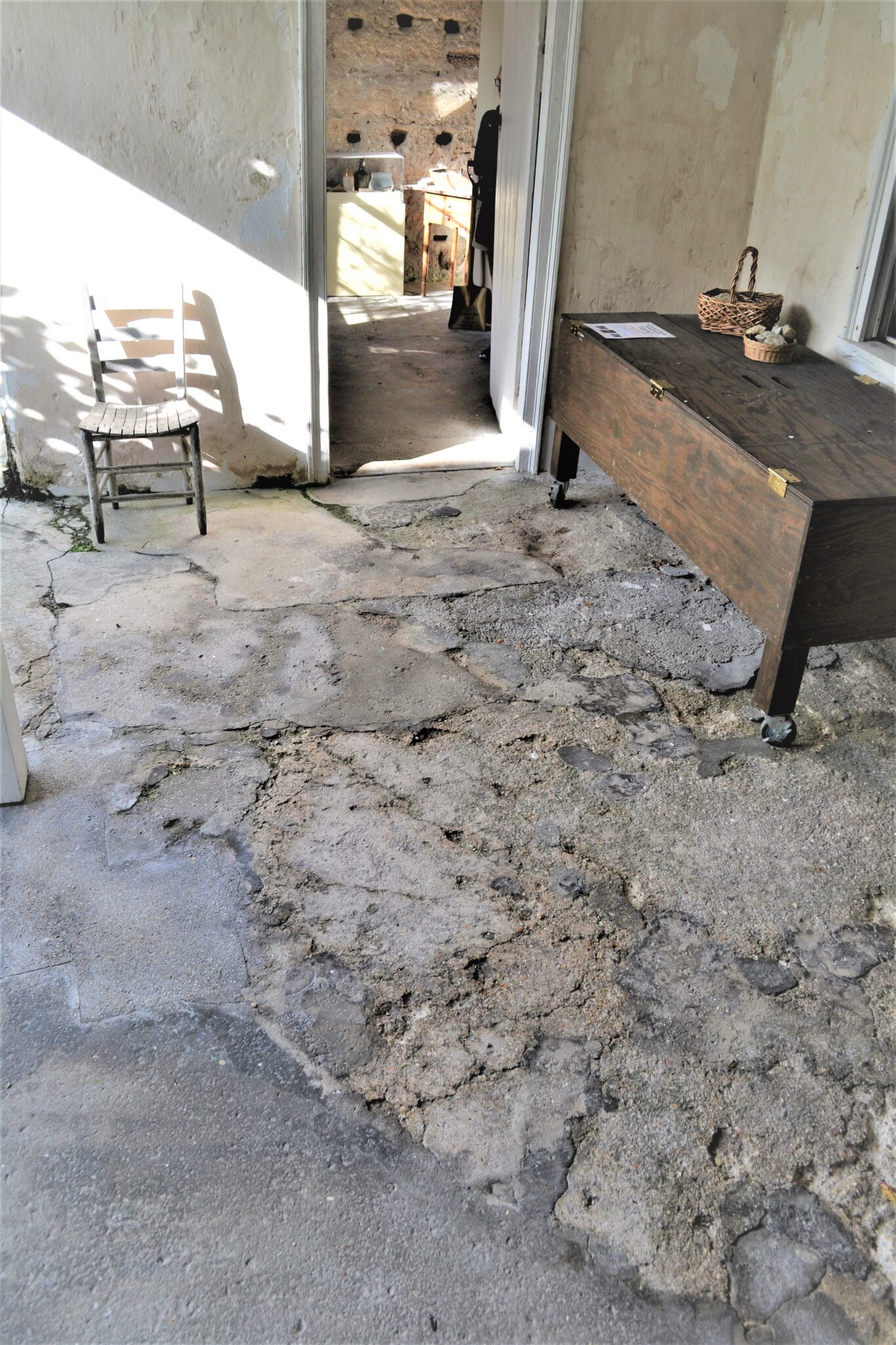 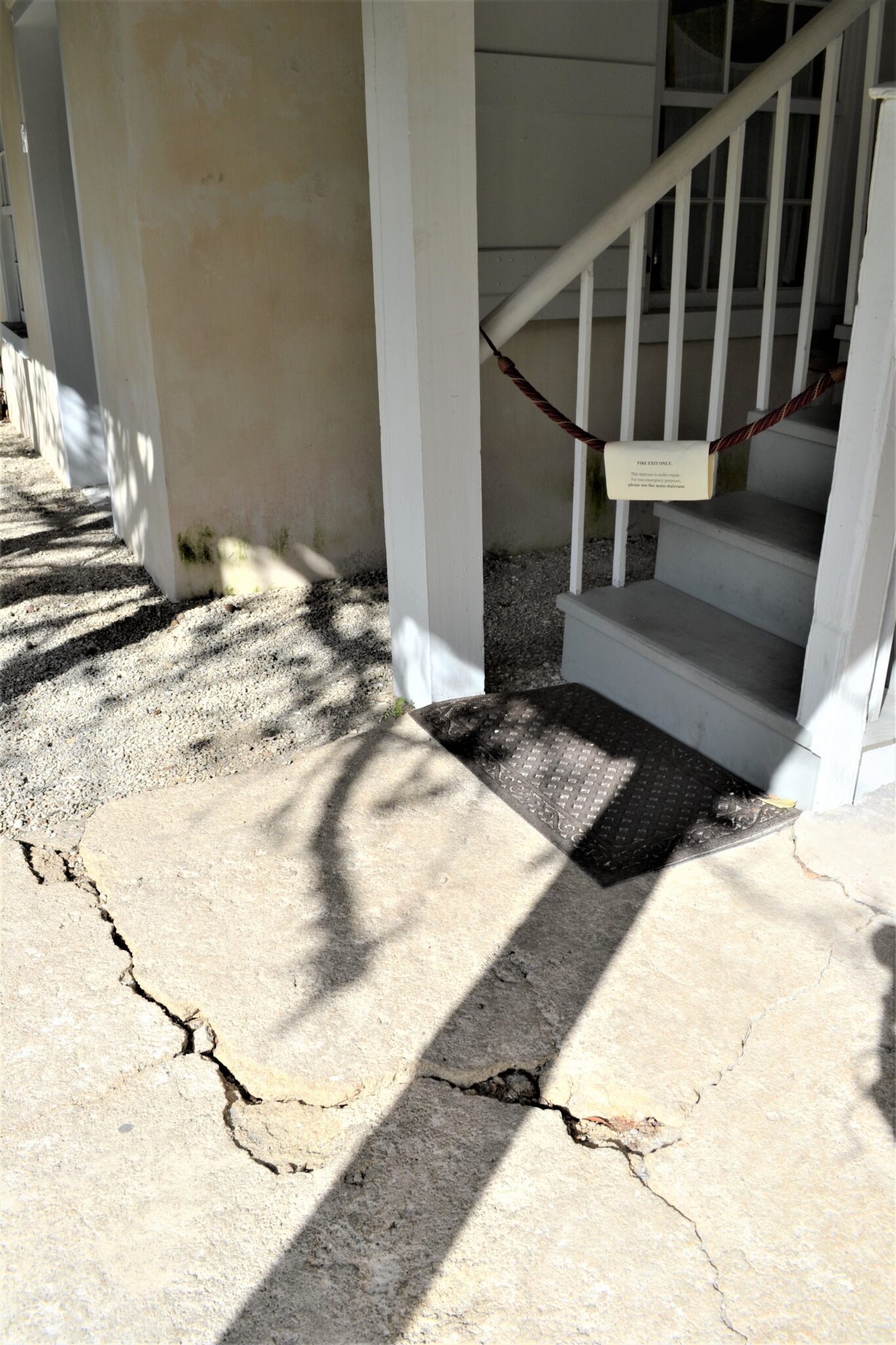 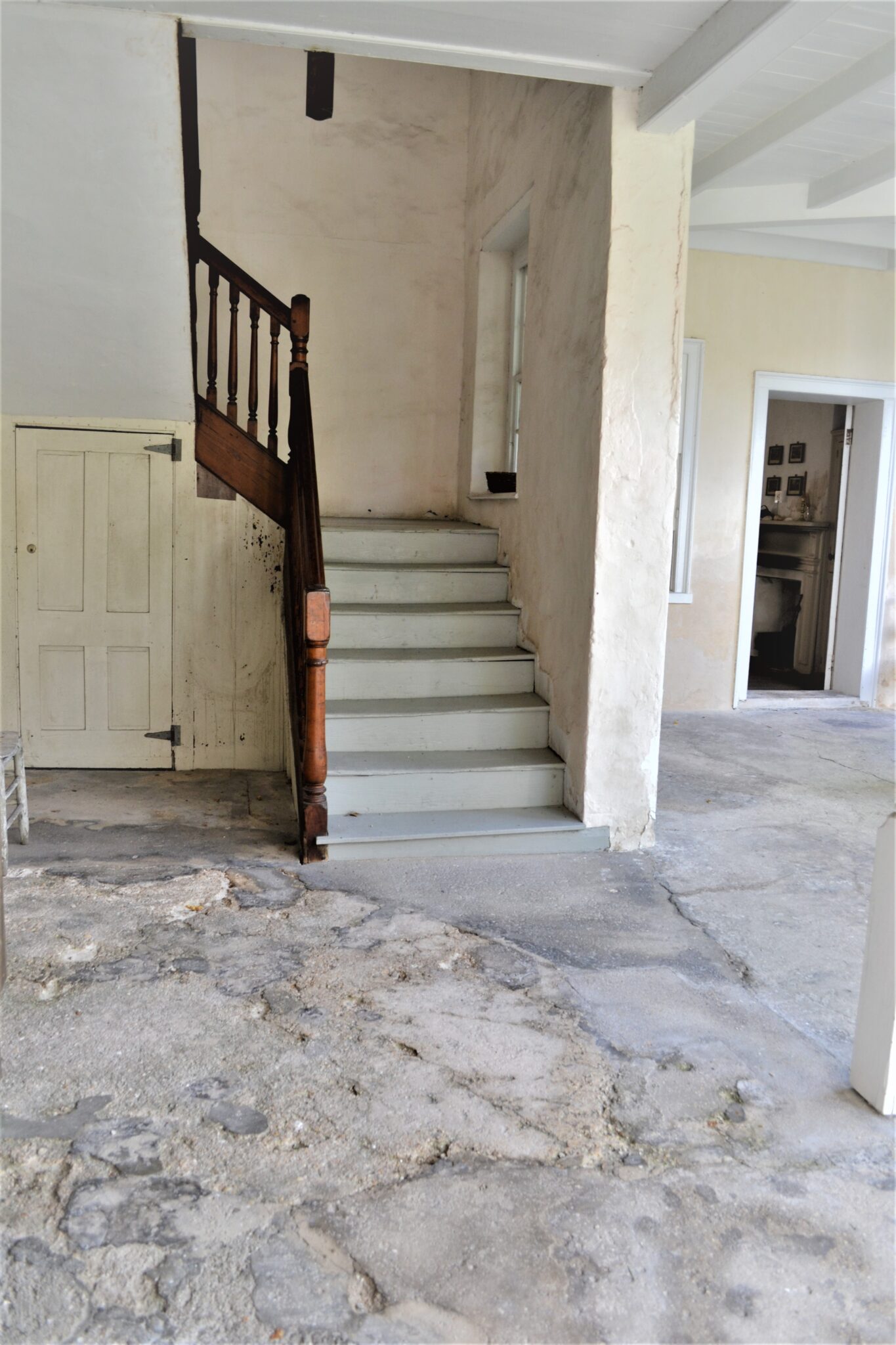 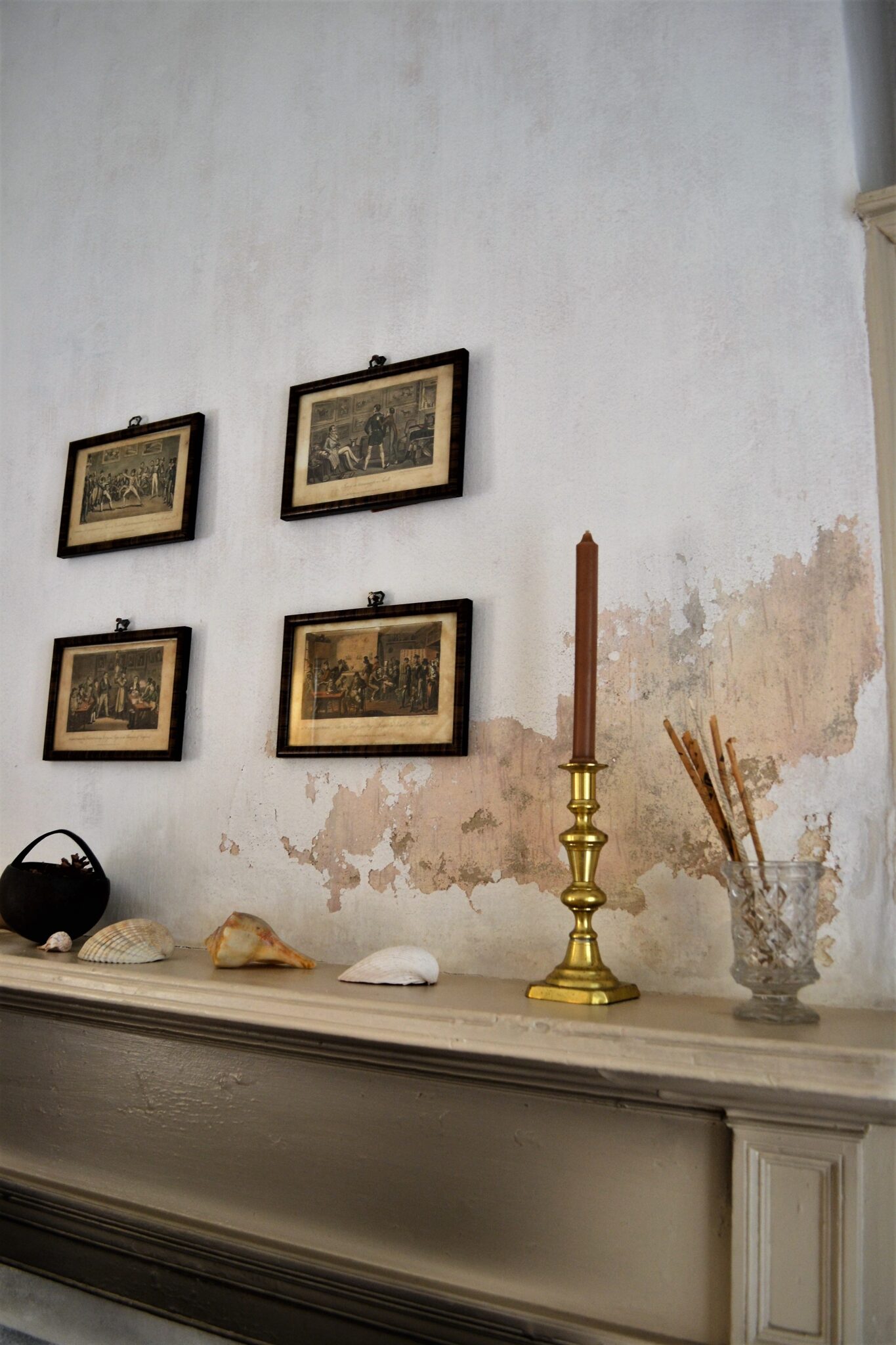 Coquina is a naturally occurring concrete-like material unique to Florida made from hard packed sand and shell fragments which have been pressed together over thousands of years. In Spanish, Coquina means “small shells” and you can easily see these small shell pieces upon close inspection of the material. Coquina is extremely durable and aided in the protection of our Castillo San Marcos during the many attacks by both land and sea. Like many early structures in St. Augustine, the Ximenez-Fatio House is built of Coquina and is a top reason many of our structures are still standing and in excellent condition. Over time, however, Coquina which is used for construction does need maintenance and preservation to keep it from deteriorating from erosion, wind, and environmental damage. The Coquina walls of the Ximenez-Fatio House Museum are at the critical stage where this preservation work must be done to stop further deterioration. We are embracing the opportunity we have been given through the Jessie Ball duPont Foundation’s BRIDGE Program as a “kickstarter” to begin the long and careful process of preserving our House Museum. With the matching funds of your donation, we will be able to begin the restoration process of the walls in our Guest Parlor and make urgent repairs to our circa 1798 Tabby floors. We need your help to reach our goal and preserve our property for generations to come!

Tabby is created by mixing equal parts of water, lime, sand, oyster shells, and ash.  When combined with the ash, the product hardens and can be used to create foundations, floors, walls, and more.  Although the birth of Tabby is unknown, it is believed to have been created by Spanish explorers during the 16th century.  The word “Tabby” comes from the Spanish word “Tapia” meaning Mud Wall.  Originally, broken glass, brick, and other materials were also combined into the mix but were later declared unnecessary. After being poured, the Tabby would be placed, and secured to later be leveled by hand and laid to air dry for two to three days.  Tabby became a popular building material, primarily found in Florida, Georgia, and other low-lying states regions. The main reason Tabby never spread to other locations was due to weather conditions, as it does best in areas of high humidity.  Although Tabby is frequently described as indestructible, and even bullet and cannon-ball proof, after 223 years of general wear and tear, enduring floods and other environmental damages, our floors are in dire need of critical work to prevent continued deterioration.  With your help and the assistance of the Jessie Ball duPont Foundation’s BRIDGE Program, we hope to maintain our important historic property for generations to come.