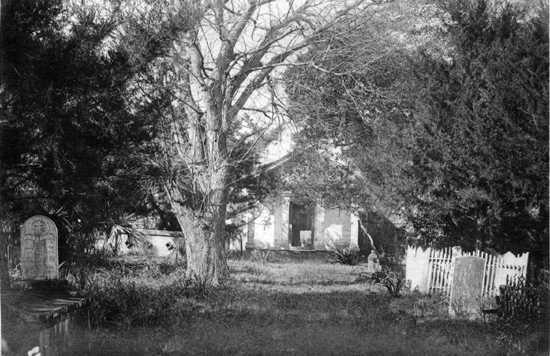 April 13, 2020 This latest pandemic is not the first time that St. Augustine has experienced a quarantine. On October 1834, when Dr. Seth Peck, his wife Sarah, and their children Mary, Rebecca, John, Lucy, and baby Sarah arrived in St. Augustine, they were not allowed to disembark. The schooner Topic, which brought them from New York, was ordered to quarantine everyone and everything onboard. The quarantine was imposed by the St. Augustine city council due to the threat of yellow fever and the Asiatic Cholera reported in nearby states. There was reason to be fearful! Cholera, an infection of the small intestine that causes diarrhea, vomiting, muscle cramps, dehydration, and death had spread from India across Asia, Europe, and America. The Asiatic Cholera caused more deaths in the 19th century than any other epidemic. Although no cases of cholera or yellow fever had been reported in St. Augustine, the city council declared that all streets, lots, houses, outhouses, and gardens were to be kept clean and dry. Observance of such regulations and the quarantine, “with the blessing of Heaven,” would avert the pestilence. Citizens were asked to “keep themselves clean and be temperate in drink, diet and exercise.” The city fathers were indeed wise in their decision. The spread of cholera and yellow fever was halted even before it started. As for Dr. Peck and his family, they spent three years boarding at Mrs. Whitehurst’s Boarding House, known today as the Ximenez-Fatio House Museum, where they added their own story to the long history of the house.